"The Piaggio company was founded in Genoa in 1884, by twenty-year old Rinaldo Piaggio. It moved from timber machining to the production of ship fittings and, later, aeroplanes and seaplanes, built at that time in wood and canvas, first at the Finale Ligure factory and subsequently in Pontedera (Tuscany). Piaggio became one of the country’s largest aircraft manufacturers. For this reason, the Finale and Pontedera plants were considered strategic targets and were bombed during World War II."

"In 1946, as Italy embarked on postwar reconstruction, the rebuilding of the main Pontedera factory was assigned to one of Rinaldo’s two sons, Enrico, who opted for a full conversion focusing on personal mobility. He achieved his ambition, a stylish vehicle for the mass market, thanks to the extraordinary design work of his most talented aeronautical engineer: Corradino D’Ascanio."

The birth of the legend

"The brilliant inventor took as his starting point the prototype known as “Paperino” (Donald Duck), on which he implemented a series of revolutionary changes. He eliminated the drive chain, with the wheel driven directly from the transmission, put the gear lever on the handlebar, designed a monocoque frame and enclosed bodywork to protect the rider. In April 1946, the MP6 prototype took shape. Seeing it for the first time, Enrico Piaggio commented: \"Sembra una vespa!\" (it looks like a wasp). He gave the go-ahead for mass production of the first Vespa 98 cc, offering luxury optional features like a speedometer, a side stand and stylish white-trim tyres." 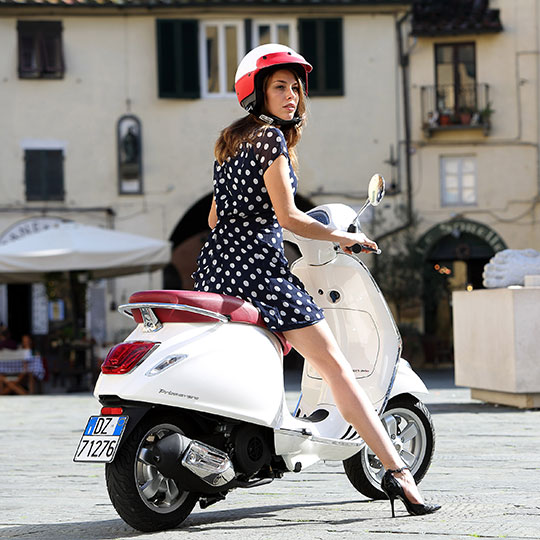