V7 III RACER, THE MOST SPORTY.

Produced in a numbered edition, as indicated by the plate located on the upper steering yoke, the Moto Guzzi V7 III Racer is not only the most sporty of the range, but also the one with the most prestigious parts. This backs Moto Guzzi’s ability to continuously create true customs directly from the factory. There are numerous technical and aesthetic differences that distinguish it from the previous version and from the other V7 III models. As for the stylistic aspects, the V7 III Racer introduces a new graphic for the satin finish chromium fuel tank where the red eagle is prominently displayed. This feature is reminiscent of the “Rosso Corsa” colour chosen to paint the frame and the swingarm: an explicit reminder of the first 1971 V7 Sport series, nicknamed “red frame.” The V7 III Racer's sporty nature is emphasized by its semi-handlebars and its splendid, humped seat. In accordance with tradition, the Racer has a single-seater sport bike look, but in reality, this new version is approved for two-up riding. In fact, it has passenger foot pegs and, as before, the seat cover can be easily removed when necessary. One of the most distinctive features of this “factory special” worth mentioning is the widespread use of anodized black aluminium. This hand-crafted treatment, which requires superb artisan skill, characterizes the new side panels and the throttle body guards, whereas the new front number plate is made of brushed aluminium. The spoked wheels have black channels and red Moto Guzzi stickers like the other sport models from the brand, including the Audace muscle bike. Other premium components that stand out are the set-back foot pegs, which are machined from solid billets, the lightened steering stem and the steering yoke guard. The most important technical innovation is the V7 III Racer’s Öhlins shock absorbers, adjustable in spring preload and in rebound and compression. The top name in suspension, the Öhlins suspension ensures top performance while throttling some backroads. 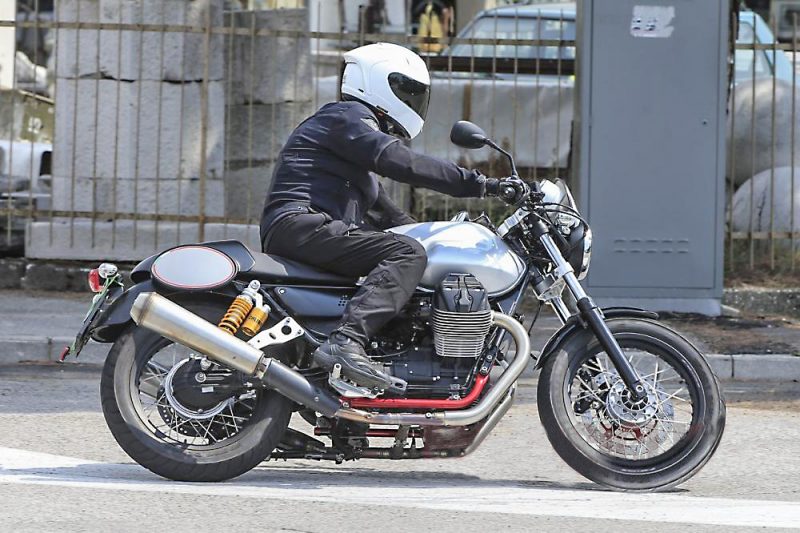 MORE PLEASURE TO OWN AND RIDE A V7

Though power was increased by 10% due to a new 90-degree transverse V-twin engine--a one-of-a-kind configuration--the V7 remains Moto Guzzi’s entry-level model.
The V7 III Racer retains the stylistic personality of the original V7 model, but with a much more mature and robust attitude--primarily to the presence of the dual pipe exhaust manifold and cylinder heads, both oversized.But some things should not change, such as the metal fuel tank with its 5.5-gallon capacity and style inspired, as always, by the magnificent 1971 V7 Sport. The aluminium fuel cap is no longer flush with the tank line, but it is a screw cap and, as previously, it has a lock.
Other new style elements on the V7 III Racer are:
- Newly design injector covers
- Sleeker side fairings
- New saddle
- New Turn Signals
- 1.5” Wider Mirrors for increased visibility
- New Instrumentation: (analog speedometer along with digital display odometer, partial and daily trip (resets automatically eight hours after being switched off), trip time, instantaneous and average consumption, air temperature, average speed, MGCT level, and gear indicator)
The rich catalog of dedicated accessories includes the MG-MP, the Moto Guzzi multimedia platform that connects your smartphone to your vehicle, providing an exceptional quantity of useful travel information. 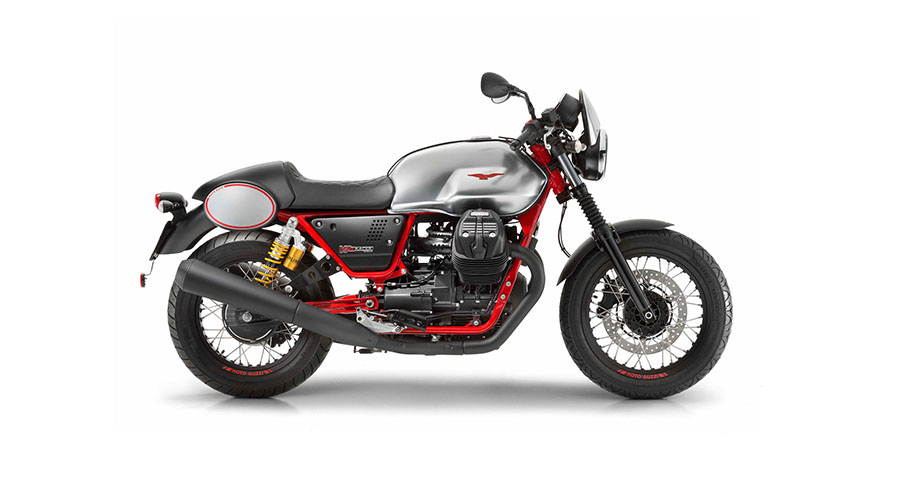