A legend, for more than ninety years.

Moto Guzzi has the world's only wind tunnel for testing the aerodynamics of motorcycles. The wind tunnel enables testing at the highest speeds mechanically attainable by the bikes themselves.

The wind tunnel is primarily used to define the fairings fitted to race machines to reduce wind resistance, and the results are immediately apparent in the significant gains in speed recorded during subsequent track testing. During bike testing in the tunnel, the rider also experiments with the poses he will assume during a race, to define the ideal position at different speeds.

Once wind tunnel testing is complete, the bike is aerodynamically optimised and the rider knows precisely what positions to assume on the bike itself to achieve the highest speeds possible during the race.

The Moto Guzzi collection of bikes are objects of desire which riders can feel proud to ride and introduce to their friends. The rider is able to show themself off as a true connoisseur as each Guzzi has been made with care using the highest specification materials, technology and finishing.

As a Moto Guzzi owner you enter a lifestyle and a family of other enthusiasts. As an owner you are granted access to bike archives which are frequeently updated with information relating to the restortion, preservation and the proceedures which are necessary to keep your vehicle running. 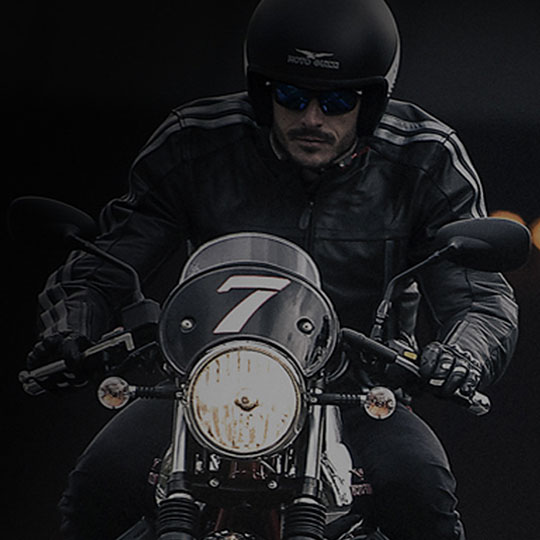